What to buy – a desktop or laptop? Computer guy Matt Bentley looks closely at both options on offer in this modern, plugged in world.

The answer is complex and nuanced, but sometimes obvious. The obvious part is, do I want to move my computer around? Do I want to use it in multiple rooms, or on vacation? If so, buy a laptop. Done. But there are issues with laptops; they burn out faster, are more easily damaged and much harder to repair. Let’s go into each of those in detail. Why do they burn out faster?

Well, imagine you’re cramped in a small room without any ventilation. You’re gonna get hot, yes? That’s the situation with every component of every laptop: there’s little-to-no room for air to circulate, hence components tend to heat up much more quickly and cool down more slowly. Over time the heat-expansion/cold-contraction cycle of electronic hardware leads to microfissures in circuitry, and once those fissures get wide enough your computer will start flaking out. This is why older computers can sometimes show signs of instability at hotter or colder times of year.

Of course, this happens for desktop computers as well, but with laptops the heat/cold difference is more extreme, so components wear out faster. Hardware manufacturers compensate for this by building devices for laptops which use less power, often at the expense of performance. So laptops will almost always run slower than their desktop counterparts.

Then again – some desktop hardware manufacturers do this as well. Name brands like HP, Compaq and Dell build desktop computers with lower-power, lower-performance components so that they can put in the lowest-wattage power supplies available. This can be beneficial in office environments where you don’t want to be chewing through too much power, but after 3-4 years capacitors in power supplies often fail to supply the minimum power necessary to run the computer.

Now, why are laptops more easily damaged? Well you drop them, right? You step on them, they fall off the bed, the sofa, or the whoopie cushion you precariously balanced it on because you thought it would be hilarious when someone tried to type on it… you get the picture. But they also have weaker power supplies, so power spikes get through more easily and can damage hardware. Then again, desktop computers have no batteries, so they’re more vulnerable to blackouts and brownouts than laptops.

You can regulate the power coming into the desktop computer by buying a UPS (uninterruptible power supply – essentially an external battery), but that’s another $70-200 out of your purchase budget. Worth it though, in terms of increasing the lifespan of a computer, particularly if you live in the country where power problems are more frequent.

Lastly, why are laptops harder to repair? Hard drives and memory (the two components most likely to fail in a computer) are easily replaceable, in most desktops and laptops. But everything else in a laptop is much harder to fix or replace than in a desktop computer – motherboards, screens, keyboards, touchpads, wireless devices, CMOS batteries, CPU thermal grease and power units. Many components for laptops are custom-made for that particular model, so whereas you might spend $50 on a replacement motherboard for a desktop, you’re more likely to spend $150 on a replacement for a laptop model, if you can find one.

To summarise: laptops are more expensive, slower, harder to repair, more likely to fail, and more expensive to fix. Desktops are faster, less expensive and easier to fix, promote better user posture, but get affected by power failure more easily. So if you to go places with your computer, get a laptop (or a tablet). Otherwise buy a non-name-brand desktop computer and maybe a UPS to go along with it.

Matt Bentley is the computer repair guy with Waikato Home PC Support.
Email him or phone 0211348576. Or visit the website by clicking here.

Freeware to the rescue 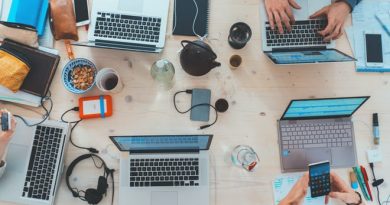 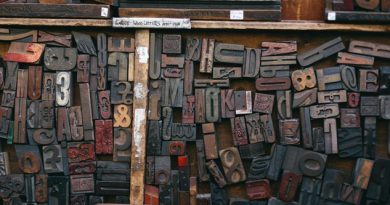 The word on printers

2 thoughts on “Desktops vs laptops – a guide”