To a large audience that included many Ngati Haua, O’Malley said the evidence Tamihana was one of the most outstanding people in NZ history was overwhelming.

It was a significant day to hold the event – 154 years earlier to the day – May 27, 1865 – Tamihana, known as the Peacemaker, and other members of Ngati Haua laid down their arms before British Brigadier-General George Carey at Tamahere. The moment is marked by a sign board on Bruntwood Rd where it occurred.

Though, as O’Malley pointed out, if Tamihana’s even earlier calls for peace had been heeded there would have been no war in the Waikato, a topic he has written extensively on in his book, The Great War for New Zealand, Waikato 1800-2000.

As evidence of the significance of Tamihana in NZ history, O’Malley pointed to the NZ Herald, in 2013, retrospectively naming Wiremu Tamihana New Zealander of the Year 1863. The newspaper went on to name him as one of the 10 greatest New Zealanders of all time.

New material was also still coming to light on Tamihana, thanks to the digitising of records around the world, he said.

An academic in England found one of Tamihana’s letters a few years ago, which was not part of Professor Stokes’ extensive record of Tamihana’s correspondence in her biography.


“Wiremu Tamihana’s story is still an evolving one,” O’Malley said.

“It is also one that New Zealanders should know more about.”

Tamihana, named Tarapipipi Te Waharoa when he was born at Tamahere in the early 19th century, was the second son of senior Ngāti Hauā rangatira (and famed military leader) Te Waharoa.

As a young man Tarapipipi accompanied his father on a number of fights against other tribes during the height of the “musket wars”.

In 1835 a Church Missionary Society station was established close to Te Waharoa’s own Matamata pā ‘fortified village’, near the present-day settlement of Waharoa. Although the mission station was subsequently abandoned, Tarapipipi forged a close personal relationship with the missionary Alfred Nesbit Brown and quickly learned to read and write.

Despite being the second-born son, Tarapipipi inherited his father’s mana upon Te Waharoa’s death in 1838 and soon demonstrated his talents as a peacemaker and leader. In 1839, Tarapipipi was baptised by Brown at Tauranga, taking the name Wiremu Tamihana (aka William Thompson).

To read more about O’Malley’s history of Tamihana, and another great leader of the time, Rewi Maniapoto, click the following link (PDF): A Tale of Two Rangatira

To hear a podcast of Vincent O’Malley’s Michael King Memorial Lecture on The New Zealand Wars (1845-1872) and how they profoundly shaped NZ click here.

More on this topic on the Forum in: About Tamahere 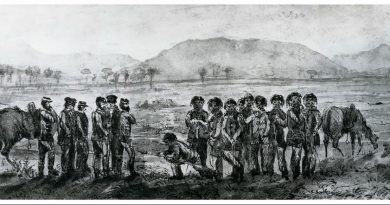 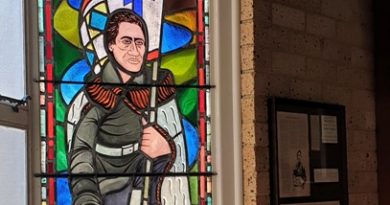 One thought on “Tamihana, a NZ great”