“It was during the fourth roadside squat, this time in a fetid ditch next to a donkey paddock, as the sun scorched the back of my neck that I thought “this was not what I had in mind.””

But that was the reality for Tamahere journalist Isobel Ewing this week, as she relates on her blog, as she cycles the ancient Silk Road, an ancient trading route that stretches from China to the Mediterranean.

Since early August, Isobel along with brother Jack have been navigating roads, cultural conundrums, kindness and generosity on their 2000km journey from Samarkand, Uzbekistan to Bishkek, Kyrgyzstan.

“Of course I anticipated gastric illness, a staple of travel in developing countries, but I failed to imagine the horror of sudden, urgent bowel movements while cycling through an arid valley in 43 degrees,” she continues here on her blog.

“The saving grace was a truckie who, at the moment I emerged from the ditch, hurled us an ice cold bottle of cola from his window without even slowing down.”

Earlier they had tackled the “tunnel of death”, Tajikstan’s Anzob Tunnel, which was built to help travellers reach the capital without crossing the perilous Anzob Pass, which is prone to year-round avalanches. Warnings online read “good luck getting out alive” and call it a “hellish underworld.”

The dark, fume-riddled tunnel wasn’t much better but with the help of a friendly 4WD driver who took them, their bikes and gear on board they made it through unscathed.

What followed was an incredibly heart-in-mouth downhill of about 20km, dodging loose gravel and roadworks, erratic driving and at least 20 more tunnels of varying lengths. Jack shot into the first one ahead of me and I blindly followed, realising once inside that its bend meant utter darkness for about 200m – akin to cycling with a blindfold. Fortunately we didn’t hit any potholes and all the other tunnels were short enough to cope with a headtorch.

Upon arrival at our campsite our faces were coated in grime – a combination of dust and exhaust fumes.

More on this topic: Local journo to ride Silk Rd 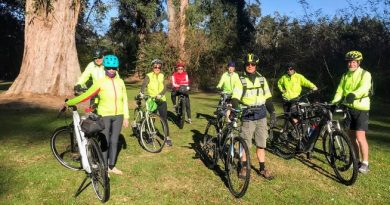 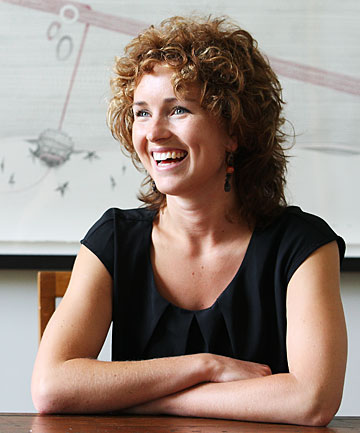