What kind of computer do I need?

To answer that let’s start with what most computer-users use computers for.

The most common five activities are: editing documents, checking email, going to websites, looking at or storing their photos, and playing games.

The first four require very little from a modern computer; even a computer from five years ago or a tablet is going to be fine for doing all of that.

You can get a laptop if you want – they don’t tend to last terribly long compared to desktop machines, though, and if anything breaks you have to replace the whole thing, rather than just a component as you would with a desktop machine. The only reason to get a laptop is if you need to use it in different spaces.

Therefore, for most users I tend to advise going for a new-ish but cheap-ish desktop computer – and not a name brand. They (Dell, HP, etc) tend to skimp on quality and therefore have poor reliability longer-term, at least for desktop PCs.

But a trusted local PC company of some sort (or your friendly neighbourhood computer guy, nudge, nudge, wink, wink) will generally have something that is “lower budget” comparatively but more than sufficient for your needs.

Also avoid all-in-one (AIO) machines – those large screens with a computer built into them – they’re worse than laptops for reliability and replacement parts.

The fifth activity I mentioned – games – is where you start to see an increase in both requirements and price, if the games in question are 3D, and not your standard “solitaire” or “minesweeper” 2D games. If they’re 3D, you’ll need a beefier power supply (PSU) – at least 600 watts – and a graphics card. Luckily even cheap graphics cards are quite powerful nowadays, so depending on your game and monitor resolution, you can get away with not spending much. You may also want more RAM for 3D games. 8GB (gigabytes) used to be standard but 16GB is becoming commonly recommended. Meanwhile, regular desktop users are unlikely to see any difference in performance from having more than 4GB of ram.

Something that I recommend for both gamers and non-gamers alike is an SSD drive, at least for your operating system. Compared to a regular hard drive, an SSD drive is about 10 times faster. And M2 drives (the latest standard) are about 10 times faster than that again! SSD drives make a huge difference for most computers, and are almost a necessity on windows 10, given how often it uses the hard drive. They don’t tend to be as large as regular hard drives though, so if you’re storing more than 700GB of documents/photos/data/etc, maybe get a secondary regular drive just for data.

At any rate, once you have your base computer, you might want to add a few things, depending on your requirements. Do you connect to your internet via wifi or an ethernet cable (a cable which runs from your modem to your computer)? If wifi, you’ll need an additional card in the machine. Do you want to plug in SD cards (the type you get with older digital cameras)? You’ll need something for that too!

Then there’s software – the operating system (most likely Windows 10), Microsoft Office if you need it (most people can get by with the free Libreoffice), and whatever else you require. All up, a new machine with all the bells and whistles can set you back anywhere between $700 and $1400. It all comes down to what you want to do with it. And whether Solitaire is entertaining enough. 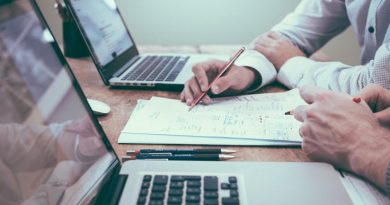 How old is too old? 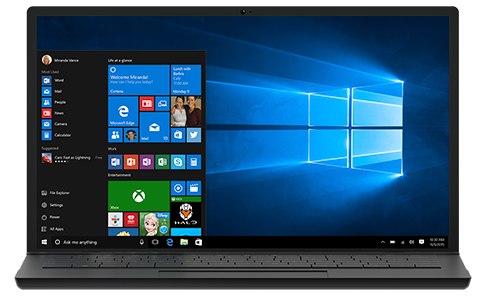