Waikato mayors say their councils and partners have “turned over every possible stone” in a bid to secure government money to help rebuild the Waikato economy following Covid-19.

Projects submitted for the Government economic stimulus package include the Te Awa Cycleway that runs through Tamahere, and a new four-lane bridge over the Waikato River at the Narrows along with associated roading – the long planned Southern Links Project.

They said efforts to pitch projects to Wellington for co-funding had been exhaustive but the region was united in putting a Waikato-centric case to Wellington.

Details of all projects submitted to the Government for consideration can be found at www.hcc.govt.nz/recovery10

Sanson, who also Chairs the Waikato Mayoral Forum, said irrespective of size councils around the region wanted the same thing – to create jobs and build infrastructure which would provide long-term public benefit for people in the region.

“This is about people and their families – that’s what we have to focus on,” Sanson said.  “It’s not about boundaries.  It’s thinking about what we can and should do, together, to get the best possible outcome for the Waikato.”

“Waikato District has put up a number of things for consideration including tourism infrastructure, sports fields and work to support the Hamilton to Auckland passenger service. But we’re also part of much bigger projects that go beyond our district. As a region we’re speaking to Wellington with one voice and I’m really proud of that.”

This week local councils pitched 23, so-called ‘shovel-ready’ projects to the government plus a further nine packages of work focusing on medium to longer-term opportunities.  The ‘shovel-ready’ proposals, worth $1.5 billion, will be considered over coming weeks before Crown Ministers decide what gets supported. Details of potential funding support are not yet known.

To be considered projects must create jobs, be ready for construction within six months, provide public benefit, modernise the economy and be worth at least $10 million.

Mylchreest said he was “hopeful but realistic” on behalf of his district and the wider region. As part of the collective effort, Waipa had identified potential projects worth about $210 million. They included completion of the Te Awa Cycleway running through Tamahere and linking Hamilton to Cambridge, community development projects and support to upgrade and expand water treatment plants and water infrastructure. Waipa was also seeking government support for Te Ara Wai, the new museum to be located in Te Awamutu.

“All councils want to work with central Government to help lift us out of the recession that is undoubtedly coming. The fact is, councils can’t do it alone because our ratepayers just couldn’t fund it,” he said.

“But nothing is in the bag and nor have we made any promises on behalf of our communities.  But we have done everything we possibly can to make sure projects meet the criteria, have a sound rationale and so will be right up there for consideration.”

The region has also submitted a suite of urban growth programme initiatives to central government.  Most represent medium to long-term opportunities within the Hamilton to Auckland corridor or are part of an emerging Hamilton-Waikato metro spatial plan being developed alongside iwi, Auckland Council and Government ministries.

This work was well underway before Covid-19 hit and Southgate said the region’s long-term planning framework was already well recognised in Wellington.

“There’s been some very good work done for a long period of time, so the three high-growth councils in particular are ready for the challenges ahead.  We’ve been ambitious in what we’ve proposed, but the rationale is very sound.  I’m hopeful that as a region and a city we will be successful; now it’s up to Wellington.” 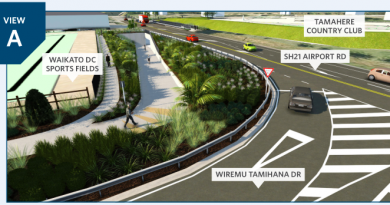 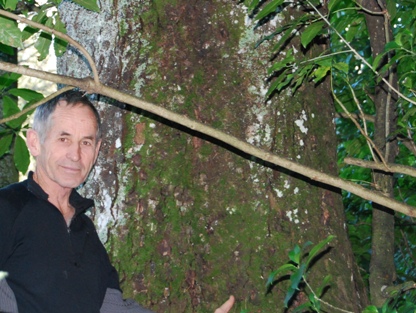