Tamahere is to join the electric vehicle (EV) revolution with installation of a public, 50kW DC, fast EV charger at the village centre in the next few months.

The arrival of the ChargeNet rapid charger will make Tamahere part of a growing nationwide network fast closing on the goal of a charger every 75km along New Zealand’s main state highways.

The installation has been supported by a $41,500 grant from the Energy Efficiency and Conservation Authority (EECA) because it will “fill a critical gap in the network”.

“As EVs become more common and with our handy location for through travellers on the new expressway along with users of the sports park and playground, the hub seems a perfect location for an EV charger,” he told Tamahere Forum.

EECA has co-funded a thousand chargers throughout New Zealand of which 600 are operational. ChargeNet has the largest privately owned, EV charging network in the Southern Hemisphere, with a network of more than 200 fast charging stations.

EV owners mostly charge their vehicles at home only making use of public chargers when travelling long distances. It takes between 10 to 30 minutes on average to recharge an EV at rapid chargers at a cost equivalent to approximately 30c a litre compared to around $2.16/litre for petrol.

New Zealand is in an ideal position to capitalise on EV technology as at least 80% of its electricity is already sourced using renewable methods.

There are more than 25,000 EVs currently registered in New Zealand and the recent Climate Change Commission report to Government rated greater uptake of them as critical to drastically reducing the country’s greenhouse gas emissions and addressing climate change.

“Under our approach to meeting the 2050 targets [under the Paris Climate Accord], Aotearoa would need to almost completely decarbonise land transport. This means changing how most vehicles are powered, including heavy vehicles,” the Climate Commission said.

A ChargeNet spokeswoman said as the EECA funds had only just been confirmed it was too early to say when installation of the charger would begin.

“We are still in the planning stages. In May, hopefully we will have more details.” 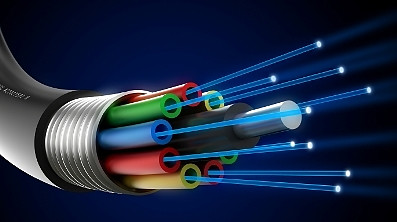