Forever Bound Cafe, on the corner of Devine Rd and Wiremu Tamihana Dr, is launching with a grand opening for community members at 8am and then it will be straight on to the business of hospitality for the father and daughter duo behind the initiative.

General Manager Tajeet Takhar and her father Parry Takhar were abuzz with a raft of last minute decisions as the finishing touches were put to the cafe on Wednesday.

It’s the first step into the family business for Tajeet after graduating from university with degrees in human resources, employment relations and management.

“I’m excited to be working with Tajeet and have confidence in her,” Parry said. “She’ll do it better than me!”

But being a typical dad he then checked that Tajeet had sent Tamahere Forum an invitation to the opening. (Yes, she had.)

Meanwhile the cafe staff, who were all hired locally, were cleaning surfaces, taking the wraps of furniture, setting up crockery and cutlery, and putting finishing touches to the kitchen and front of house.

One very local hire is Amanda Herbert, who recently gave Tamahere the delightful painting on the Chorus cabinet on the corner of Airport Rd and Tamahere Dr. Parry spotted Amanda working on the cabinet and employed her to paint a mural in Forever Bound and make other artistic contributions to the decor.

Forever Bound, and the associated restaurant and bar, The Boundary, have been named for the foundation legend of Tamahere, whose description features on a cafe wall.

The mural is a representation of local landscape and photos of early Tamahere are also displayed around the cafe.

The 100-seat cafe, with seating inside and out, will open daily from 8am and while the next door restaurant awaits a liquor licence will also offer evening meals from 5pm to 9pm. During the day it will offer breakfast, cabinet food, Vittoria coffee and ice cream from Matamata’s Kowhai Creamery. Dinners will be bar-type food of burgers, and meals of chicken, steak, pasta and vegetarian options “with a special twist by the chefs,” Tajeet said.

She is particularly proud of the top of the line Faema espresso coffee machine, one of only five in New Zealand, she said.

Once the restaurant opens the cafe’s regular hours will be 8am to 3pm, and dinners will be offered from 5pm until late next door.

Meanwhile, the Social Group’s liquor licence application for The Boundary Restaurant and bottle shop has edged closer. The process has been slowed by Covid-19 issues because the Police and Ministry of Health were given extended time frames to provide reports.

A Waikato District Council spokesperson said these have now been received and the council’s inspector was finalising a report, which would be forwarded to the District Licencing Committee for consideration. 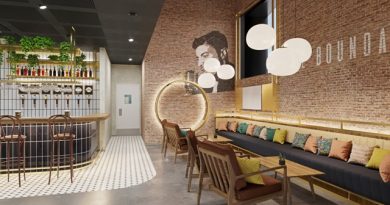 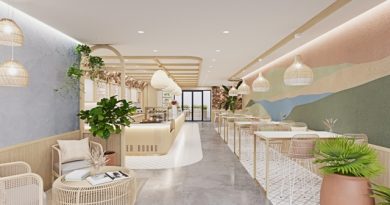