Waikato residents are the latest Kiwis to be urged to flush their taps each morning to avoid possible lead contamination in the wake of a drinking water scare in Otago.

The Ministry of Health recommends that everyone run their drinking water taps each morning (about a glass size full) before using any water for drinking, said the Waikato District Council in a notice to its communities.

“Water that sits in our plumbing fittings for several hours can dissolve some metals within the fittings such as lead or copper. Small amounts of these metals may then enter our water supply.

“The Ministry of Health recommends flushing your taps as a simple precaution for all households, including those on public and private water supplies. The health risk from your drinking water is small, but a build-up of heavy metals in your body may cause health problems.”

The issue came to prominence earlier this year after residents in three Otago towns were caught up in a scare when elevated levels of lead was found in their household water.

An investigation failed to conclusively determine the source of the lead spike but was most likely to be pipes and fittings on private properties, rather than the Dunedin City Council’s water distribution network, authorities believed.

That has brought reminders across the country of long standing Ministry of Health advice to flush taps.

Lead was often a small component in tapware, so the “first flush” of the day could contain traces of the chemical element.

However, for some time now, Master Plumbers has been highlighting the risks to human health of lead leaching from substandard tapware on sale in New Zealand.

Master Plumbers chief executive Greg Wallace said despite ongoing evidence of the health risk, the Government had failed to take any meaningful action.

The Dunedin council’s report backed up testing from Master Plumbers that showed it was possible to buy tapware in New Zealand that had lead at levels far exceeding New Zealand’s drinking-water standard limits of 10 micrograms per litre.

“It really is a no-brainer.”

In 2018, Master Plumbers commissioned an independent test of five tapware products sold in New Zealand, which found the level of lead leaching from one product purchased online to be 70 per cent higher than the allowable limit.

In 2020, the Master Plumbers’ study was extended through a joint project, led by Massey University and the Centre for Integrated Biowaste Research (CIBR). The aim was to quantify the leaching of lead, copper, zinc, nickel and chromium from a range of tap materials commonly found in New Zealand after a stagnation period of between one and 14 days.

The 2020 study report, entitled Something in the Water: Investigating the Leaching of Metals from Household Taps, found that household taps were a significant source of drinking water trace metal contamination. It stated that the obvious route to eliminate these unnecessary sources would be through the New Zealand Building Code, which doesn’t currently specify that all tapware in homes meet the voluntary standard, AS/NZS 3718.

Although the Ministry of Health acknowledged that metals leach from plumbing pipes and fittings in people’s homes, the Drinking-water Standards are not legally enforceable, and the Ministry doesn’t monitor them. Instead it recommends the public ‘flush’ a small amount of water from their taps before drawing water for consumption.

However, as the study report noted, while people can flush water from their taps before drinking, the leached metals will subsequently go to the wastewater treatment plant and eventually into the wider environment.

The report’s authors concluded that buyers needed to understand the importance of choosing good quality tapware. “Anecdotal evidence from the plumbing industry suggests that poor quality tapware can sometimes be stamped with AS/NZS 3718:2005 even though it does not comply. This suggests that some form of monitoring may also be required in New Zealand, similar to requirements that exist in Australia.”

“Master Plumbers has been lobbying MBIE for a mandatory third-party verification scheme similar to WaterMark,” Wallace said. “This report backs up our concerns that plumbing products are available in the New Zealand supply chain that put public health at risk through lead leaching into drinking water.” 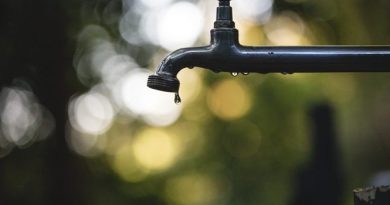 Big shake up for water ahead