The Government’s proposed restructuring of water services for the country would see responsibility for drinking water, wastewater and storm water shifted from local councils to several regional water agencies.

The mayor of the district where I live was an early, vocal critic of reform plans and continues in that mode. One of the councillors has taken to social media to voice displeasure with it. Another has expressed concerns about it to me by email.

More recently, Waikato MP Tim van de Molen, weighed in on the issue in an article in Scene, a local weekly in Matamata, he described the plan as “another example of the Government’s arrogant attitude, prioritising centralisation of locally owned and managed resources … Not to mention taking control over tens of millions of dollars in infrastructure and revenue”.

He raised numerous possible problems with the new model, but with no evidence to substantiate why they might occur (the classic scare tactics approach). He queried the benefits of the plan and wrote, “How they’ve come to the conclusion that this model is best is unclear”.

Council’s decision – ‘in’ or ‘out’ of the proposed new regional water agency – will have a significant impact on ratepayers. Much of the local discussion on the topic has been based on emotion, politics and opinion. This is a look at the facts of the matter and some key issues.

The reasons. The benefits of restructuring include both safety and affordability. On the safety side, another ‘Havelock North disaster’ is less likely with a few well-managed systems instead of 67 run by councils (with the risk of some being underfunded and not so well managed).

On affordability, the estimated investment in infrastructure for water supply, wastewater and storm water over the next 30 years ranges from $120 billion to $185 billion. This will be necessary to make up for decades of councils’ under-investment and to serve projected population growth. This kind of spending cannot be covered by ratepayers alone. Leaving water services in the hands of local councils would mean unacceptably high charges or a continual degradation in the level of service provided.

Exploring options. The Government contracted an overseas consultant with expertise in the restructuring of water services. Their analysis shows efficiency and affordability gains with reform. A second overseas consultant was asked to review the work of the first. They said that projections are always difficult when assumptions have to be made, but that the research was sound and the general direction proposed is appropriate.

The research suggests that cost to ratepayers could be two to six times higher if water services are retained by councils (vs the proposed regional agencies). A follow-up report by Beca, a local engineering consultancy, says that the costs are likely to be even higher if we stick with the current structure.

Consulting councils. There has been criticism that consultation with councils has been rushed. They were first alerted to possible change last October when Government asked for data and information. Late last year the Government flagged its restructuring intentions.

Matamata Piako’s water and wastewater manager has been assisting councillors’ discussions since early March. The Government has provided local councils with copious information and intends to make a decision by year-end. Fifteen months then. Enough hui. Time for do-ey.

Who owns what? Some have claimed this is an ‘asset grab’ by Government – a takeover of all those pipes and treatment plants. Let’s be clear about this. The assets are ‘owned’ by all of us – individually and collectively – not by councils, or councillors. These assets won’t be going anywhere. Still owned collectively, just under new management.

Given the ‘assets’ include aged/leaky pipes, limited storage, and little commitment to water-use efficiency, they could more accurately be termed ‘liabilities’. Council should be happy to have Government take them off their hands!

There has also been the complaint that a lower asset base will limit council’s ability to borrow. The good news: Council now won’t have to borrow as much.

Fairness. The Government will set aside funding to support local councils through transition to the new water services delivery system. Part of this will ensure no council is financially worse off as a direct result of the reform. Matamata Piako is in line for up to $17 million or more from this fund, Waikato $31 million, Waipa $21 million.

If reforms go ahead, council will want to be certain that local knowledge is not lost, that skilled and loyal staff are retained by the regional agency, and that things runs smoothly even while governed from a greater distance.

Read more: Full details of the proposed reforms can be found online at: dia.govt.nz/Three-Waters-Reform-Programme 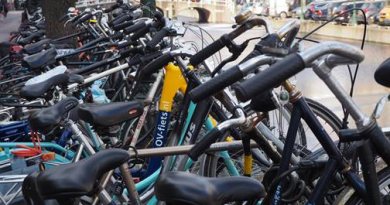 Ever more need to act local 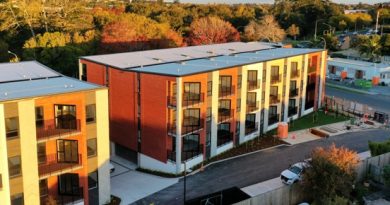