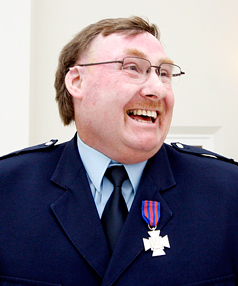 Firefighter Merv Neil yesterday received a New Zealand Bravery Decoration from the Governor General for his actions during the explosion at Icepak Coolstores in 2008.

Following the explosion on April 5 three years ago, Neil, though burned over 73% of his body, was aware of developing danger for his Fire Service colleagues and Tamahere rescuers alike but quietly and professionally took charge of the situation and led people away from the danger area.

For his actions at Tamahere, Neil was yesterday awarded a New Zealand Bravery Decoration at Government House.

END_OF_DOCUMENT_TOKEN_TO_BE_REPLACED 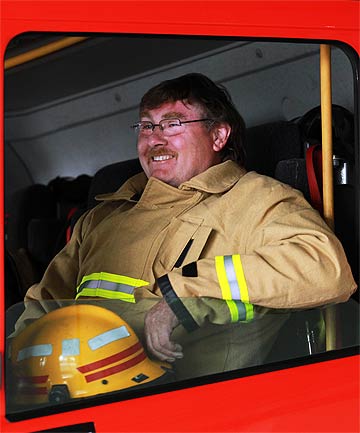 Firefighter Merv Neil, severely injured in the fiery explosion at the Tamahere Icepak Coolstore, in 2008, is one of 31 people honoured with a New Zealand Bravery Award today.

His sight blurred by a 2000 km/h blast wave, his hair burned off and clumps of his smouldering skin hanging from his fingers, firefighter Merv Neil was a burned and bloodied mess.

But despite the burns to 71 per cent of his body, he carried on, thinking his mates were in a worse state.