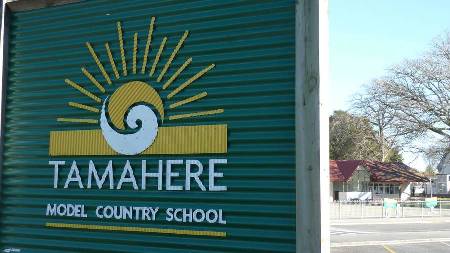 The lock down began around 1.20pm was lifted around 2.10pm after police inspected the school grounds and the area where the stranger was spotted and did not find anything.