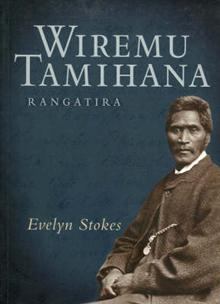 To a large audience that included many Ngati Haua, O’Malley said the evidence Tamihana was one of the most outstanding people in NZ history was overwhelming.

END_OF_DOCUMENT_TOKEN_TO_BE_REPLACED

Tamahere’s first person of historic significance, Wiremu Tamihana, has been chosen as New Zealander of the year … 1863.

The belated recognition of the farsighted Ngati Haua peacemaker, labeled by some as a rebel in his day, comes as the NZ Herald celebrates 150 years of publication.

In a commemorative magazine in today’s NZ Herald, the paper, which has chosen a New Zealander of the Year for many years, uses hindsight to name people it thought should have been rightfully recognised in their day over the last 150 years.

Many Ngati Haua, King Tuheitia and Minister Finlayson, who is also Minister of Arts, Culture and Heritage, also visited the Waitakaruru Sculpture Park for the re-dedication of ‘Absolute Divide’, an artwork which portrays the original boundary line, drawn in 1864 following the land wars, that separated the Waikato and Matamata/Piako districts.

A massive new sand quarry proposed for Tamahere and overwhelmingly opposed by local residents could be good for the community, says the developer.

Tamahere School celebrated its 125th anniversary on September 9 and memorabilia of the day includes a history of the district and the school, Remembering Our Past, Nurturing Our Future.