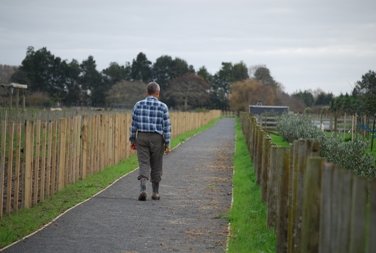 With so few footpaths in Tamahere the latest addition, providing a welcome circuit that includes Newell and Devine Rds as well as a new pedestrian route to Tamahere School, will be launched with due ceremony to which community members are invited.

The Violet McKenzie Walkway, named for an adjoining landowner, will be officially opened at the Camdon Place junction (off Koppens Rd) with the help of Tamahere School pupils.