Waikato tourist attractions, including Tamahere’s Inspirit Gallery, feature in a just released video promoting the district in time for the Rugby World Cup.

A DVD and a brochure that also highlights Waikato’s art, craft, food, accommodation and scenic places from the sea at Raglan to the giant kauri in the Hakarimata ranges near Huntly will be sold at Waikato outlets. Preview the film on Tamahere Forum.

END_OF_DOCUMENT_TOKEN_TO_BE_REPLACED 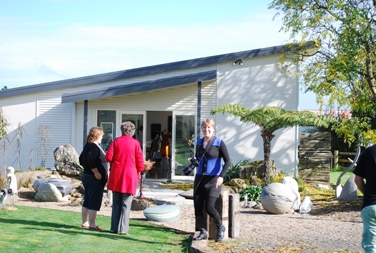 It was ‘lights, action, roll it’ at Tamahere’s Inspirit Gallery today as the gallery was filmed as part of a Waikato tourism promotion.

Waikato district’s visitor information centre, i-Site Huntly, has organised the filming for a tourism video which will also include nearby venues such as Red Cherry Cafe and Woodside cafe and sports museum.

i-Site Huntly’s Lynley Rogers said as well as the video a brochure will also be produced in time for the Rugby World Cup in September.